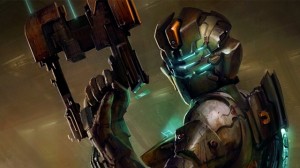 How exactly does space die?… Twice?

Yeah. I’m actually doing proper reviews now. Sorry for the past however long I haven’t been writing reviews. But did you really care? I bet you did. Everybody cares about me… right?

Well, whatever. I’ve been playing games lately, as I’m prone to do. The particular game I’ve been playing that I am now talking about is Dead Space 2. I’ve never played the first Dead Space because I was like three when it was released and far too much of a pansy baby to, you know, play it. But I am much older and wiser and I hadn’t been able to play Dead Space 2 until like 3 months ago. Hence why I played. And apparently, Dead Space is supposed to be scary, but isn’t really scary, I’ll talk about why. But right now it’s story time.

You play as Isaac Clarke, the antagonist of the first game. (I always get antagonists and protagonists mixed up.) Eye Sack Clarke(?) is suffering from some form of insanity that all men his age seem to deal with. Glowing dead ex-girlfriends. Is that something most men suffer through? I have no idea. I’m not exactly in the best place to speculate. I am not very old, and I have never dated a woman (So… lonely…) Obviously, insane men like Isaac must be kept in an insane asylum… IN SPAAAAAAACE! Yeah. Isaac is kept in an insane asylum on the space station “Sprawl” That is located near Saturn or some crap like that. Unfortunately, aside from housing insane people, children, and a mall, the Sprawl also houses some nasty Necromorphs. Necromorphs are some kind of alien thing that just reanimate dead bodies. Yeeeaaaahhhh… I guess Isaac has a knack for getting into trouble because less than thirty seconds in, some guy turns into a necromorph literally three inches away from Isaacs face and tries thence forth to eat it. Isaac luckily escapes the crazy town and explores the rest of the station looking for some way to get off it or get it on…

You know. The thing about Dead Space is that it’s technically a survival horror game. But it has next to nothing to do with survival or horror. Ammo and health drops are pretty common and even if they aren’t, you can buy them at shops all over the town, and bad guys jump out at you every once in a while. I’ll admit during the first couple minutes I was pretty scared but after I actually acquired some way to defend myself, I was the cock of the walk.

But let’s talk about things that aren’t stupid first, and then get into the stuff that is stupid.

Well, the whole game is pretty un-stupid in essence. It’s pretty fun I guess. The best part are the zero gravity parts where you get to fly around and solve puzzles. When I play these parts I think about what a game based solely on this mechanic would look like. You know, without all the shooting necromorphs and stuff.

So what’s stupid? Ummmmmmmmmmmmmmm… It got kind of boring after a while and I felt like I was playing it just to beat it. I guess that’s something that happens every once in a while.

On a scale from a star exploding to Disney going out of business, Dead Space 2 gets an obese lady eating black licorice.