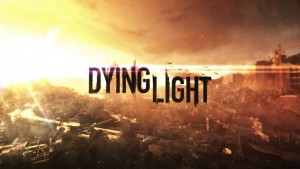 Dying Light is an open-world first person survival horror video game developed by Polish video game developer Techland and published by Warner Bros. Interactive Entertainment. It was released in January 2015 for Microsoft Windows, Linux, PlayStation 4, and Xbox One. The game revolves around an undercover agent sent to infiltrate a quarantine zone in a city named Harran. It features an enemy-infested, open-world city with a dynamic day and night cycle where gameplay is focused on weapons-based combat and parkour free running.

At release, Dying Light received mostly positive reviews from critics, with praise mainly directed at the combat, graphics, co-operative multiplayer, navigation and the day-night cycle, while receiving criticism regarding the game’s story, difficulty and technical issues. The game was the best-selling title for the month of January 2015 and broke the record of the first month sales for a new survival horror intellectual property.

Yeah, Wikipedia is better at reviewing a game than I am.

So here’s the story.

You play as Kyle Crane, a GRE (Global Relief Effort) operative who has to find a top secret file. But as soon as he lands a group of guys who are up to no good in his neighborhood set upon him and break all of his legs. Then he gets bit by a zombie and rescued by a pretty girl with dirt or an extremely severe blackhead breakout on her face. (If it’s the latter she should go see a doctor.) She takes him to her sex tower (Note: Tower may and/or may not be a sex tower) Then her boss is all like “Hey Crane, you know how to do parkour” And Crane goes “Oh yeah man. I ran track.” That’s a terrible lie. Maybe undercover agents should be good at retaining their cover. Then Crane does some stuff until the game ends. Oh yeah. The big gimmick of the game.

The big gimmick is that Kyle Crane was voiced by Sonic.

That’s true. Look it up.

The actual big gimmick is night time. “But every game has night time.” I hear you say. “Shut up.” You hear me say. This night time is different. It’s spooky. “But every zombie game is spooky at night time.” I hear you grating on my nerves. “Seriously. Stop that.” You hear me smacking you in the face. At night, some special zombies called “Volatile Infected” come out of the woods. And they are terrifying. They’re basically as fast as you and can follow you anywhere and can kill you in two or three hits. At night, exploration almost becomes a stealth game. You can send out pulses to see where the volatile are and try to avoid them as you make your way through the city, or if you’re like me, sprint to a safe house at noon.

It’s actually really cool that the game found a way to make you scared of the dark, but unlike most horror games that come out these days (cough FNAF cough) the concept doesn’t rely on cheap jumpscares and animatronics. Shudder. Of course, they wouldn’t program a terrifying night aspect if it didn’t reward you in some way, and it’s a pretty neat reward. Your experience points are doubled. Which now that I say it out loud, it sounds kind of pitiful but it’s not. You’re gonna want all the experience you can get in the later levels because leveling becomes a slog. Especially agility.

Which brings me to my next point.

Each of the trees level pretty evenly at first because killing a zombie takes forever and you’re better just running from most encounters but as you start acquiring better weapons, you’ll start walking through crowds with reckless abandon and before you know it your Combat is three levels higher than your Agility and at that point you’re better off just rolling with it.

What else do I like about the game? The music is pretty nifty. It’s mostly 80’s synth which doesn’t fit in with the environment at all but I still love it.

And the gameplay works really well across the board. The parkour is really accurate and feels smooth. Very rarely will you come across a situation where you fail and can blame the controls entirely for your failure. (Some people find a way though) The combat is visceral and weighty. The delay from when you press the attack button to when Crane actually attacks is perfectly timed to make it feel like you’re actually swinging a huge hammer that shoots fire at some guys skull.

The story for one is pretty unengaging. Stuff happens then it ends. Even the game doesn’t care by the end. The final battle is literally a ten button press QTE then a helicopter starts circling your guy then you watch the credits then you’re down on the street, running around again.

Also. The location gets pretty stale after awhile. I guess the city is a shanty town so a lot of buildings have corrugated tin roofs. It’s fairly easy to run around in circles because all the building look the same. There is a second area that is filled with older looking buildings that are significantly taller than the slum areas. But then I look out into the city in the distance and see a lot more variation, with a sprawling metropolis and a wooded area and I want to go there. I can understand why a game focused on parkour would be lacking in a city with a lot of glass towers. Eh. Maybe Mirrors Edge Catalyst will ease my woes. (the hype is real)

FINAL THOUGHTS! THE SEQUEL TO FIRST THOUGHTS! NOW IN THEATERS!